My pictures are all up this place

Back in August, a friend Facebooked me to let me know that there was a call for community photographers to submit photos for an exhibit called “Los Conchas Fire,” put on by the Los Alamos Historical Society. I submitted seven pictures and three were selected to be displayed. 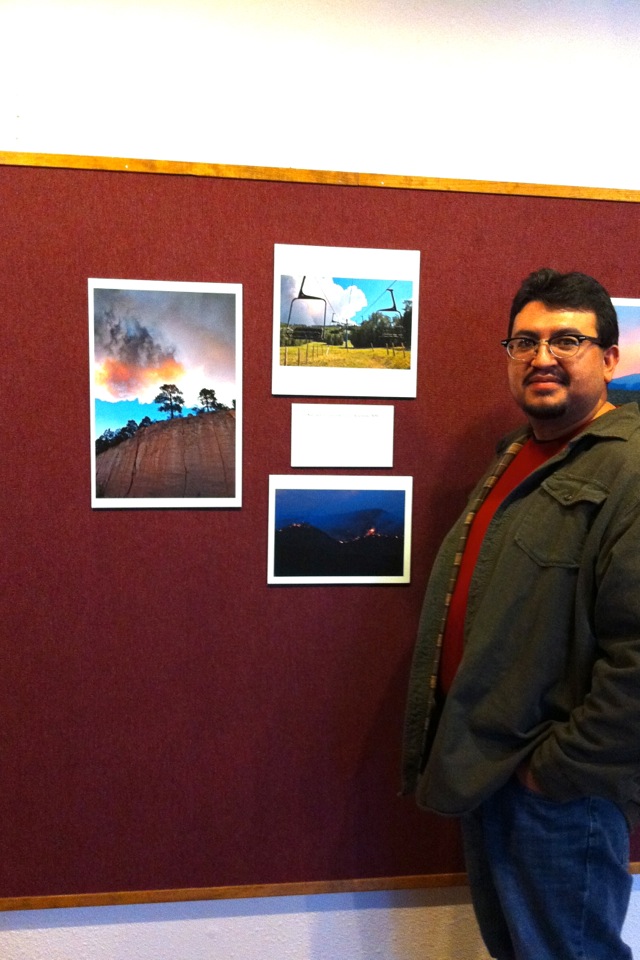 Me, standing next to my three photos in the exhibit.

The exhibit started on December 5th and runs through February. 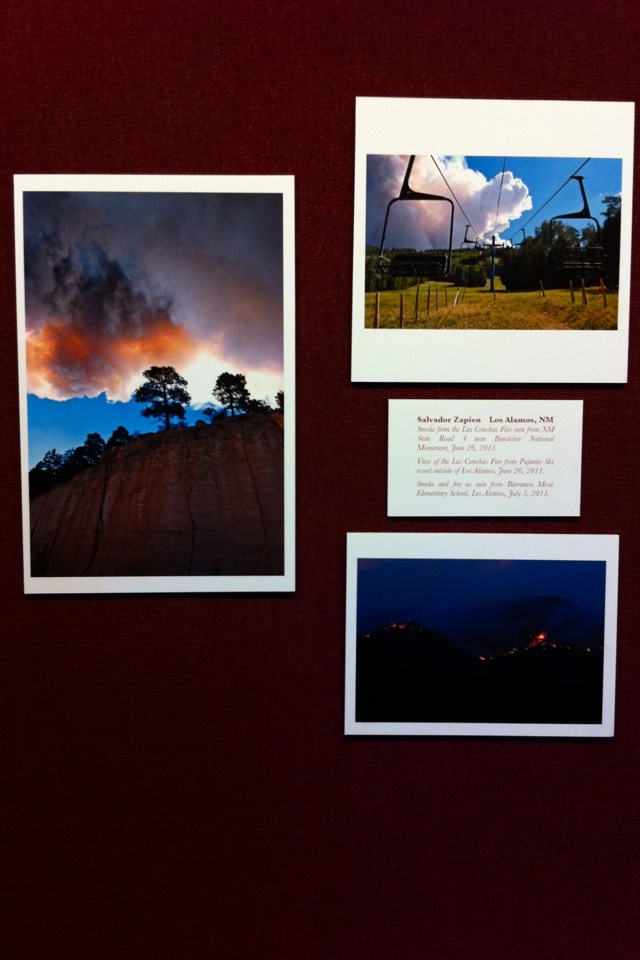 The wife is proud; the cat not so much.

Just being selected has been cool. But today I found out that one of my pictures showed up in print: 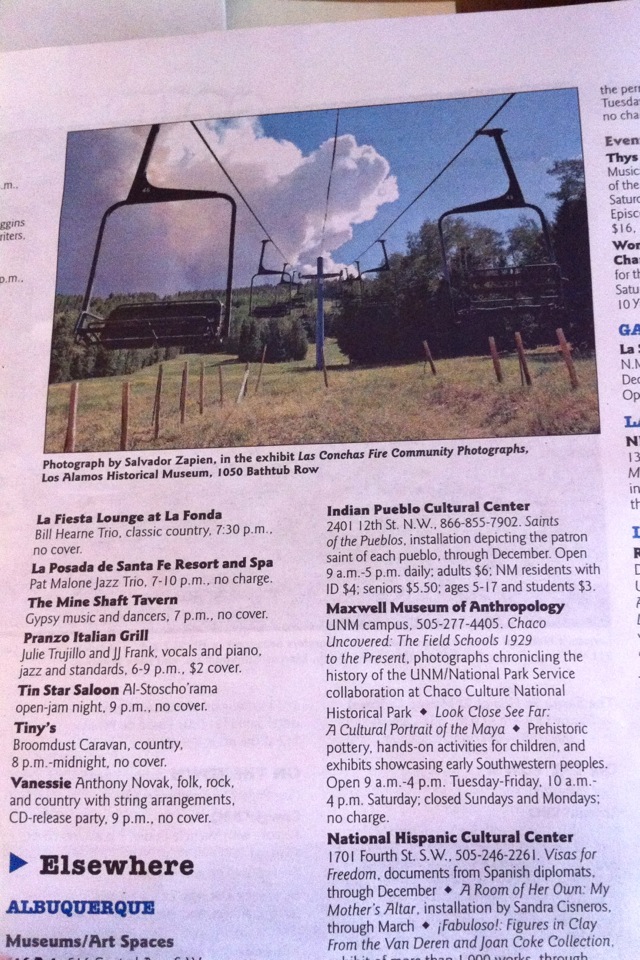 How's this for a shot in the arm? My picture is used to promote the exhibit in the Santa Fe New Mexican weekly event round up called "Pasatiempo".

Tonight there was supposed to be a special viewing and panel discussion on the effects of the fire but it was postponed because of snow. Regardless, I’m pretty happy. Below are the three pics that were chosen.

View of the Las Conchas Fire from Pajarito Ski resort outside of Los Alamos, NM.

The most visible portion of the fire was from Barranca Mesa.

« I think a raccoon tried to rai… Snow days are the best days! h… »