On Sunday the 26th, Mari called me from work, a bit breathless, saying that she could see smoke from her office trailer at LANL. I walked outside and I could see it too. “Come home and be careful” I told her. She got home and the smoke plume was bigger but not yet overhead, more to the south of us. Our neighbors came over and we decided to get in their car and go take pictures.

Later that evening, we started preparing for the possibility of having to evacuate. The process of having to decide what to take with you when your town is evacuated is interesting. Here’s what goes on the “obvious” list: important papers, laptops, the cat, clothing for at least a week, medications. Then there’s stuff you realize you may need and or equally important as your important papers. I call this the “Oh yeah, duh!” list: kitty litter and litter box, kitty food and dishes, camera gear, jewelry, backup hard drives, wedding pics and negatives (almost all of our important photos are digital and on a backup drive), blankets and pillows, towels, toiletries, extra water, cell phone chargers, power strip (sometimes you can’t find enough plugs). All of this fit into back seat and trunk of one car. 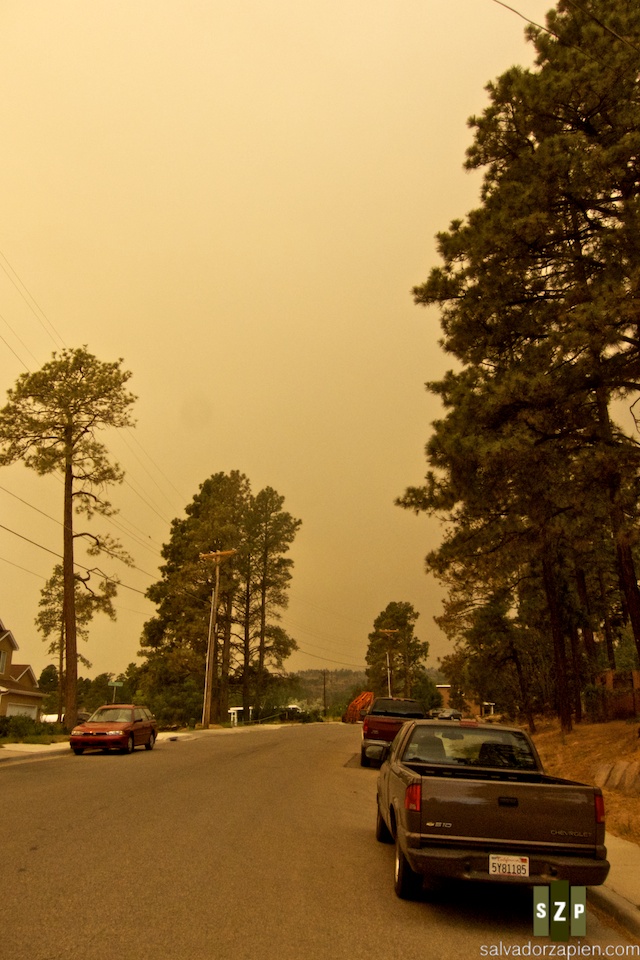 This is how the sky looked the morning of the evacuation (note: cropping and adding contrast are the only things I did to this photo). The fire had grown from 4,000 acres when we fell asleep to over 43,000 acres when we woke up.

We didn’t really have our car packed until the last minute. Truth be told, we thought that an announcement would be made in the morning giving us a time frame to leave town. When there was no mention of an evacuation at the press conference that day at noon, we thought we had at least another day in town. Not so. Two hours later we got the word from our neighbors that the twitter was abuzz about a mandatory evacuation starting at 2:00pm. We got confirmation via the TV and not soon after that the cop with the bull horn drove down our street. To say we were taken by surprise is an understatement. Our car wasn’t packed and we hadn’t made any reservations for a place to stay. Luckily, our neighbors had a place to stay in Albuquerque and they invited us to stay with them. The place belonged to a friend of theirs that was house and pet sitting so her apartment was available to all of us. It took about 20 minutes to load the car with everything above.

We ended up staying in Albuquerque for seven days. Every day we would check the twitters and the facebook for updates. Everyday we watched the news hoping to hear the go ahead to come home. Every day we wondered about the stuff we left behind. Guitars, books, my truck, old letters, knick knacks, coffee grinder…just stuff to be sure but it was our stuff; the things Mari and I had accumulated together to make a home. If it all burned down, sure it could be replaced but nothing would be the same. So we worried. And waited.

Finally, on Sunday the 3rd of July, we woke up to the news that the evacuation had been lifted. We were allowed to go home and we cleaned up and packed the car to head back home. 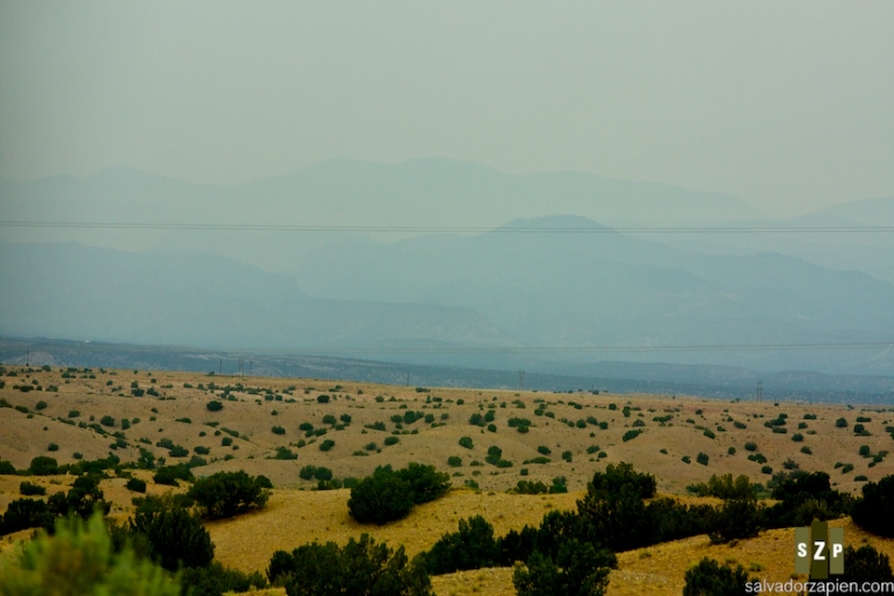 The view from Interstate 25 as we left Albuquerque. 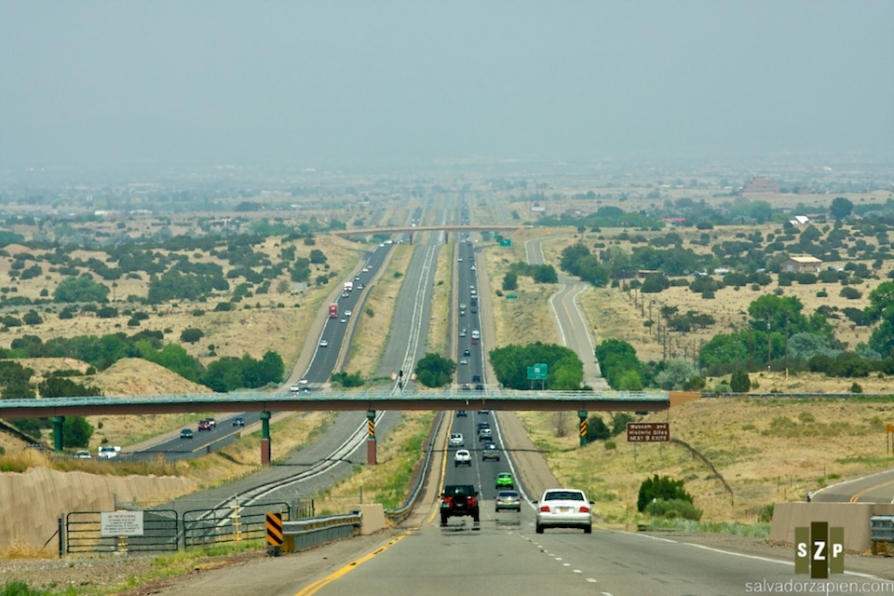 Interstate 25 as we approached Santa Fe.

As we drove up the hill to Los Alamos, the sky turned dark and rain began to fall. Fat drops of water hit our windshield and we were relieved. The rain, though brief, felt like a sign that things were going to be okay.

The town was a bit deserted when we arrived around 3:30 in the afternoon. However, we were greeted all the same.

It was good to be back.

It was good to be home.

good gosh sal, what a post! Glad to hear you’re home and and got all the ‘oh yeah, duh’ stuff. Makes me think about being prepared for the big earthquake that will eventually hit LA someday.